Till the Whole World Knows Jesus Christ is Lord.

The King is Coming

Seek Him With All Your Heart
The Monarchy I Refuse to Serve a Double Minded God A world full of lies and liars who can you trust? Filling the Emptiness Those Costly New Translations We Can’t Afford Any More. 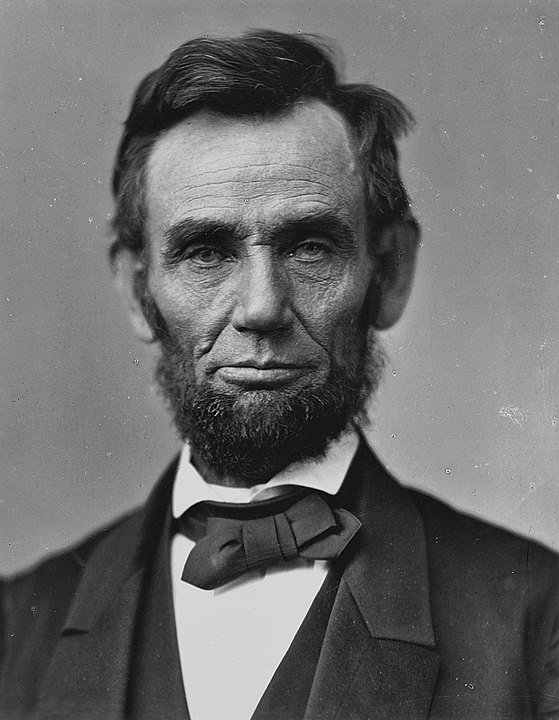 Keep in Mind another way to refer to him would be Abe L. I always try and find the blessing in the blessing appointed times are everywhere.

The First National Day of Prayer was on a Thursday, the 30th. day of April 1863

By the President of the United States of America.

Whereas, the Senate of the United States, devoutly recognizing the Supreme Authority and just Government of Almighty God, in all the affairs of men and of nations, has, by a resolution, requested the President to designate and set apart a day for National prayer and humiliation.

And whereas it is the duty of nations as well as of men, to own their dependence upon the overruling power of God, to confess their sins and transgressions, in humble sorrow, yet with assured hope that genuine repentance will lead to mercy and pardon; and to recognize the sublime truth, announced in the Holy Scriptures and proven by all history, that those nations only are blessed whose God is the Lord.

And, insomuch as we know that, by His divine law, nations like individuals are subjected to punishments and chastisements in this world, may we not justly fear that the awful calamity of civil war, which now desolates the land, may be but a punishment, inflicted upon us, for our presumptuous sins, to the needful end of our national reformation as a whole People? We have been the recipients of the choicest bounties of Heaven. We have been preserved, these many years, in peace and prosperity. We have grown in numbers, wealth and power, as no other nation has ever grown. But we have forgotten God. We have forgotten the gracious hand which preserved us in peace, and multiplied and enriched and strengthened us; and we have vainly imagined, in the deceitfulness of our hearts, that all these blessings were produced by some superior wisdom and virtue of our own. Intoxicated with unbroken success, we have become too self-sufficient to feel the necessity of redeeming and preserving grace, too proud to pray to the God that made us!

It behooves us then, to humble ourselves before the offended Power, to confess our national sins, and to pray for clemency and forgiveness.

Now, therefore, in compliance with the request, and fully concurring in the views of the Senate, I do, by this my proclamation, designate and set apart Thursday, the 30th. day of April, 1863, as a day of national humiliation, fasting, and prayer. And I do hereby request all the People to abstain, on that day, from their ordinary secular pursuits, and to unite, at their several places of public worship and their respective homes, in keeping the day holy to the Lord, and devoted to the humble discharge of the religious duties proper to that solemn occasion.

All this being done, in sincerity and truth, let us then rest humbly in the hope authorized by the Divine teachings, that the united cry of the Nation will be heard on high, and answered with blessings, no less than the pardon of our national sins, and the restoration of our now divided and suffering Country, to its former happy condition of unity and peace.

In witness whereof, I have hereunto set my hand and caused the seal of the United States to be affixed.

Done at the City of Washington, this thirtieth day of March, in the year of our Lord one thousand eight hundred and sixty-three, and of the Independence of the United States the eighty seventh.

25
Child Abuse and Neglect is a Reproach to any Nation and the Cause for Judgement.
146
Not everything that has a Seven in it is good.
163
Stop Messing With Israel
119
Business Card Evangelism

Why God is Leaving Many Ecumenists Behind.

So then faith cometh by hearing, and hearing by the word of God.  Romans 10:17

Someone wanted to control and hid it from us all professing they knew God.

Envy and Strife Began the fall.

If I remain Invisible, no one will know I exist.
I was told when I thought I had won not to consider myself better than any other.

I am not. I am a sinner saved by grace.

So the enemy needs a body, had one, lost one, fought for Moses’s body, and what of Abel he doesn’t deserve another chance?

The first shall be last.

Where there is envy, there is strife.

Is it me who’s keeping many loved ones from finding Christ?

We have a better enforcement agency then S.H.I.E.L.D

The meme site is over at Link2one.com get a busy signal then try Link2Truth.com where we bee bizzy.
This site is built for speed and not so much a meme site it’s clearly more of a HIMHIM site.

Muslims have been saved by reading this book. See how Rome guided the development of Islam, only to be double-crossed later. (We should do one of these for America) Read how the Virgin Mary is being used to bring that rebellious daughter, Islam, back into cooperation with “Mother Church.” The global “super-church” is forming! (I wouldn’t go that route I would be more for Jesus.)

I was led to Jesus by reading Jack Chick’s tracts and became a Crusader.

She could have had as much as she wanted.

Genesis 3:17
And unto Adam he said, Because thou hast hearkened unto the voice of thy wife, and has eaten of the tree, of which I commanded thee, saying, Thou shalt not eat of it: cursed is the ground for thy sake; in sorrow shalt, thou eat of it all the days of thy life;

The fact of the matter is though we call them the weaker vessel, they outshine men in scholastics, and without them, there would be no us. God is our creator, and she is our procreator. Men love your wives, and children respect your mothers. Your father had it easy making you; she did not.

I am very much for pro-life, but not so that my church can profit off the weapons they place in the hands of our children with the wars they create.

No concern for peace.

They’re not coming home, and their ministers of righteousness do not care. They want fires they can control. So they can squash them and help the enemy keep his captives.

His birth date reveals the kind of Character he was going to grow into. Psalms 58:3

His date reveals what God considers what is wise and righteous. Proverbs 10:1-27 Pay attention to 27 Ever hear of the 27 Club? Brian Jones was 27, Jim Morrison was 27, Jimmy Hendrix was 27, Janis Joplin was 27

His date reveals the harlot who wanted his Presidential seat to bring false peace to the middle east. Proverbs 2:1-22

founder of Wal-Mart former overseer to the Japanese Concentration camps in America back in the forties and an Army intelligence officer a great Patriot and Protestant he along with the U.S. Government have something in store for you.

His date reveals he feared the LORD and he was outspoken on the deception of Ecumenism elect he knew who the woman of Revelation is. Song of Solomon 1:1-17 and you really need to see it in my context to appreciate it.

His date reveals the kind of character he was a soul winner Proverbs 11:30.

He wrote Pilgrims Progress only the Bible has sold more copies, his date reveals what we Pilgrims are escaping. Isaiah 1:1-31

he fathered the pre-tribulation rapture ideology and like John Bunyan showing us what we are escaping Darby reveals the tribulation. Isaiah 13:1-22

Former Catholic Priest who did the right thing stopped treating people beneath him like dogs. Proverbs 2:1-22

Jesuit Educated Catholic Priest Cosmologist Father of Big Bang Theory. I have a theory to and it's about the priesthood. Ecclesiastes 1:1-18

A Catholic Philosopher and Theologian Her life Points to their Theology. I can't make this stuff up there it is God is out to save a billion or more? Isaiah 5:8–30

He and his stooges were students of Catholocism so are you surprised America is becoming the next Germany in the new world order they hate Protestants what can I say. Proverbs 4:1–27

Plot by Catholics to attack King James and Parliament of England. They don't sleep well unless they are plotting evil. Psalm 37:1–40

The other side of Reformation in Germany who led to Hitler and blaming sin on other's first Psychologists. He's burning. Proverbs 16:1–33 Pay close attention to Proverbs 16:3

God's not dead watch the Movie. You must see it in the context I wrote it in. It's more for those who are under his spell. Psalm 107:1–43

founder of JPL laboratories Admitted to knowing and conversing with a Demon and Nasa thinks their smart?!? Just Nazi's doing their thing robbing us of our money. Because he was a scientist he is special and has two numbers Psalm 94:1–23 the number for Plutonium and Psalm 131:1 the same numbers as Stephen Hawking.

He denied God throughout his life wrote books on the matter like he knew something his last book claimed there was no God incidentally he died on Albert Einstein's Birthday of 3.14 the equation for PI what are the odds? Psalm 131:1 1 God revealed in 3 persons still 1 God.

Which translates into Read More Scripture or Sink Psalm 49:1–20

We let them become American's in their own land because we can't love people like Jesus loves people because priests don't teach who they don't know. Psalm 51:1–19

Prior to WWI, the class system was in place and every good lord of their Estate took care of his house but they had what the devil wanted. Things are going to be different after COVID 19 I can guarantee it. Psalm 59:1–17

She took prayer out of school today she prays insistently begging for mercy but she was never merciful to the gospel or Christians. Verse twelve there are wicked women as well. Proverbs 2:12–18

Founder of the Jehovah's Witnesses and creator of the Watchtower which is their authority and not the Bible. When they come knocking on your door remember this Psalm, Psalm 140:1–13

Mr. Old Hubbard went to the cupboard to fetch his dogs a bone but when he got there the cupboard was bare and none of his children go home. His religion is one of vanity and stoogery it belongs in Hollywood. His people are found in Isaiah 3:16–24

sang he did it his way, now wishes he hadn't. Franky is cranky. Isaiah 17:1–14 verse SEVEN says every knee will bend.

founder of the group Rolling Stones his time points to God not being happy with the rod of the wicked that seeks to seduce the righteous. Psalm 125:1–5 He started out as a Christian a member of the 27 club his music seduced not brought praise taken while he had some light left in him. Psalm 125:1–5 Verse Psalm 125:3

a songwriter who wrote Rock and Roll is here to stay did not write for the right master and no it is not. Psalm 137:1–9

Admitted Satanist author of the Satanic Bible his picture was taken when he was 30 years old that's what living for the devil will do to you. Psalm 115:1–18 the same as Pope John Paul but they served the same god in different ways.

Copyright © 2022 Till the Whole World Knows Jesus Christ is Lord.